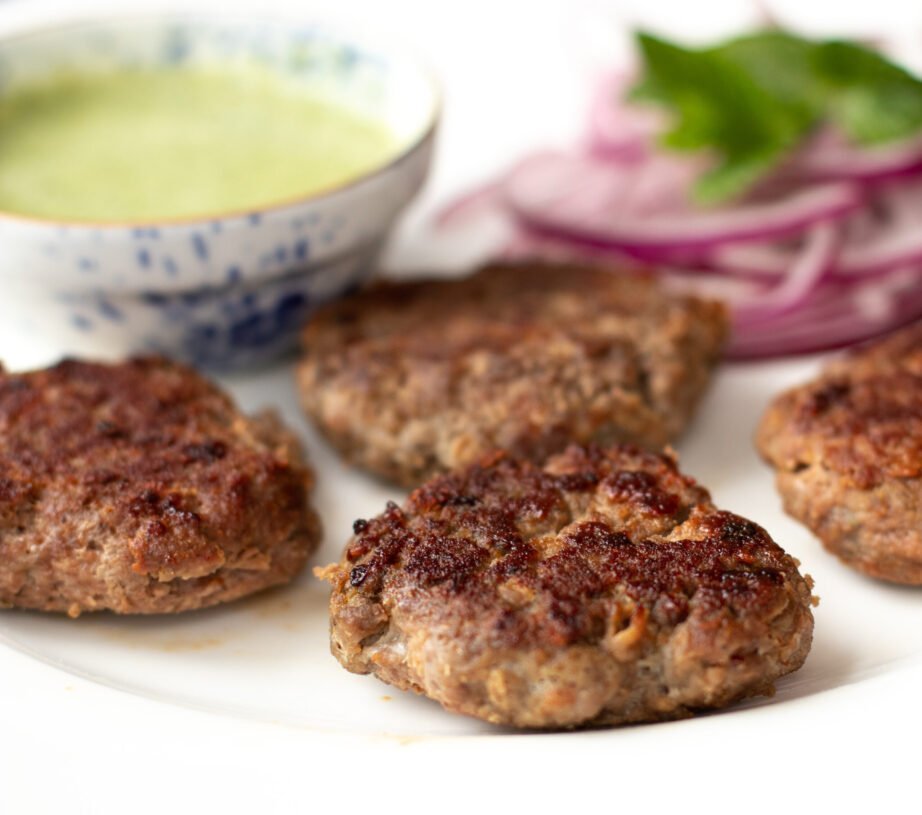 Galawati Kabab or Galouti Kabab are probably the most famous kind of Kabab in Awadhi cuisine (the food of Lucknow). The name derives from the word galna which means to soften. I have read two accounts of the creation of this dish.
🌶 The first claims it was created by Haji Mohammad Fakr-e-Alam Saheb, chef of the Nawab Asad-Ud-Daula of Lucknow (1748-1797) at the height of culinary innovation in Awadh. The second says that this kabab was invented for the later Nawab Wajid Ali Shah because he had no teeth and could eat only soft food. I should check with Manzilat Fatima who is a descendant of this family and who is famed for her Galawati Kababs in Kolkata.
🌶 The meat is tenderised with green papaya, finely ground and flavoured with several spices. Apparently the original recipe had more than 150 spices but nowadays only a few are used. The result is sublime. The rather plain appearance of these Kababs belies an incredible taste.
🌶 I like to serve them with “Green Chutney” and some kind of roti. Ideally it would be ulte tawe ki roti or some other Awadhi bread.
🌶 I have served these at my Supperclubs and they are popular!
🌶 They’re often made with goat meat these days but the buffalo meat version is also seen. Beef Galawati not so popular although there are historical references to it and still common in Pakistan if I am right.
🌶 Awadhi Kababs are distinctive and made with aromatic ingredients. Some contain rose and sandalwood. All of these exotics were experimented with by the chefs to impress their Nawabs and the recipes were closely guarded. They are either grilled over a charcoal fire or fried in a shallow griddle but never in a tandoor.
#awadhi #lucknowfood #nawabi #kababs #galawati #galouti #goatmeat #greenpapaya #indianfoodbloggers #indianfood #northindianfood #instagood #foodporn #foodie #cookingfromscratch #homecooked #lovefood #food #india