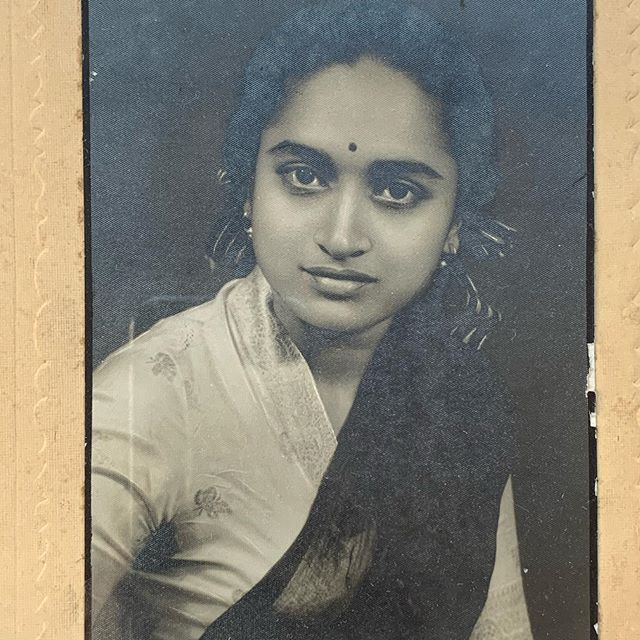 Happy Mother’s Day Aai, you left us too soon but your teachings continue to guide me through life.
My mum, was a warrior through and through. She saw so much change in her lifetime and navigated each stage and all the places she lived in with grace and panache. She was born into a family of prominent Pujaris. Her father broke tradition to become a civil servant during the colonial era. She described moving around the country for his postings. But that life came to an abrupt end when her mother died while giving birth to her younger brother aged only 27. Her father remarried and my mum was suddenly left in charge of her two younger siblings, dealing with their sorrow as well as her own. She was sent back to live with her grandfather who imposed a strict regime of waking early, washing in the river, practising yoga, cooking and studying. Schools started at midday so she finished all the chores in the morning before walking for a couple of miles to school. But that discipline served her well as she got a place at Ferguson College in Pune. She was already dating my father at this stage and when she turned 19 they decided to get married. As my grandfather was opposed to the match (long story for another post) my parents migrated to Mumbai find a new life. Aai worked in a doctor’s clinic and Baba worked odd jobs to make a living. They left for London to join my uncle (no visas in those days!) where she worked in a hospital as a lab technician while my father studied for his BA at SOAS. I came along and Aai managed to raise me while working part time. After five years in London they went back to India, this time to Delhi. But more change was to come. My father got a scholarship to study at Yale so off we went for four years to the States. Again Aai worked in a lab while Baba studied. Then back to Delhi where she had to deal with me not speaking a word of Hindi and suffering from Delhi belly for months. She patiently nursed me back and home schooled me so that I caught up with the Indian education system. She shepherded me through each stage of life. I would have been nowhere without her. I salute all mothers today. #mothersday