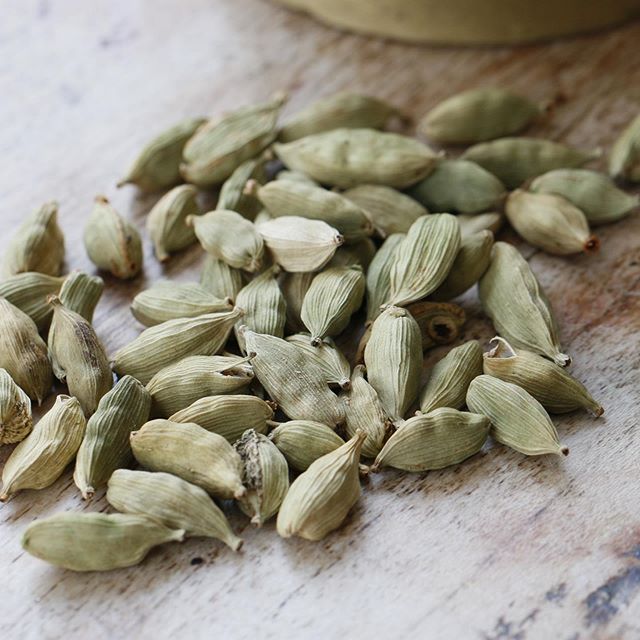 Green cardamom is used extensively in Indian cooking, both savoury and sweet due to its complex aromas which have been described as “astringent as well as delicately aromatic”. It ranks among my most favourite spices as it complements so many other aromatics beautifully including saffron, mace, nutmeg and cloves in the myriad of combinations of Indian spice mixes. It’s also lovely in Elaichi Chai. I was very surprised when I first ate Swedish cardamom buns as id never expected it to be so popular in a northern country!
Cardamom originates from the Western Ghats of the Malabar coast in India where it grows wild. It was nearly as important as black pepper in the spice trade and travelled west to the Middle East, Africa, Mediterranean and then Europe. The British established plantations in Sri Lanka as well. It is now cultivated in many parts of the world and is integral to several cuisines. #spices #spicetrade #foodhistory #spiceroute #silkroute #cardamom #elaichi #aromaticspices #masala #flavoursofindia #garammasala #curry #spicyfood